Remember 9/11? Before that infamous day I used to spend a lot of time explaining to people what it is that I do, as a certified professional organizer. I would get questions like, what group do I organize, or am I part of some labor union? Needless to say in 2013 I do a lot less explaining. Right after 9/11 a deluge of media began to take notice of this industry.  Our society decided that since we could no longer control outside forces, we could at least find comfort in our own environments. TV shows like “Clean Sweep” and “Mission Organization” began educating the public that the world needs professional organizers. Pick up any women’s magazine, and on the front cover “Get Organized” is sure to attract attention.


Here’s a story about Heinrich to illustrate this point:

Heinrich, a 30 year-old single descendent of Austrian immigrants, was raised in the predominantly German community of New Braunsfels, Texas by his parents Helmut and Eva. Heinrich attended the University of Texas for two years, before dropping out to pursue his dream of establishing an Austrian bakery in New York City.  He spent three years in Vienna training with the strudel-master Joachim, before returning to America and settling in Coram, New York, where he was employed by the local bakery.


For generations, Heinrich’s family were quintessential clippers, saving newspapers clippings of every newsworthy event, from the end of World War II, to man’s first landing on the moon, to more recently the events surrounding 9/11.  In addition to news-clippings, Heinrich’s mother instilled in him the habit of collecting supermarket coupons, magazine rebate promotions, movie reviews, and baking recipes. When his father Helmut died, his mother Eva joined him in Coram, where they shared his two-bedroom apartment.  Eva’s relentless clipping, combined with Heinrich’s fear of upsetting his mother ingrained since his early youth, led to a situation where his kitchen had become completely un-manageable. Shortly after his mother’s death, a mutual friend introduced me to Heinrich, and as a professional organizer, I immediately saw the challenge before me.


As a result of the clipping habit, that he felt compelled to continue, Heinrich had lost all of the space in his kitchen to bake. Clippings were everywhere, on the counter, in the drawers, even in the baking bowls and in the pot rack under the oven.  No longer finding pleasure in clipping, and sending these clippings to other family members, he had lost life balance and thus his clipping habit had overwhelmed everything else. 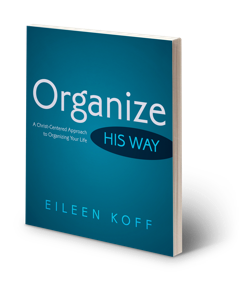 Getting him organized so that he had the proper space and equipment to enable him to bake and clip harmoniously was quite a daunting task.   Setting up a new filing system in an out of the way corner of the kitchen was essential. Along side the filing cabinet, we installed a tools center that included supplies (scissors, stamps envelopes, pens etc), which would enable Heinrich to clip and address for mailing immediately the clippings. These strategies for organizing these new spaces had a dramatic effect.  These efforts, combined with his mother’s passing, allowed Heinrich to start fresh.  Heinrich realized that his mother had kept the family connected by her clipping hobby, to the now widespread families living in Austria, Germany, Texas and NY.  The positive aspects of keeping the family connected had driven Heinrich to continue the hobby, resulting in his inability to focus on achieving his baking dreams.


With his mother’s passing, and his realization that he could remain connected as effectively with the rest of the family via cell phones and email, combined with the more effective space in his newly organized kitchen, Heinrich returned to his love of baking. Now that the space allowed him to breath once again, he felt inspired to invent recipes, and to begin a serious path toward the bakery dreams, which by the way, he finally opened in 2004.


The world understands the value of organization, but as Christians, there are a myriad of other reason an orderly life is essential. Our God IS orderly. Ever read the design for the building of the first temple? The details are down to the nails.  There are many reasons God tells us that an orderly lifestyle will not only make your life more productive, but His purpose and design for YOU becomes clear when all things are in order.


Have I piqued your interest? In my next blog I’ll begin to outline the reasons why living an orderly life is essential to know God’s daily purpose for YOU!


To The Next Level 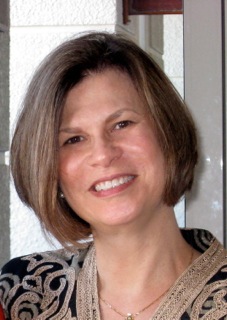 Organizing is NOT about the stuff....it's about priorities. It's living your BEST life now, preserving your memories, and creating space for your future.

Posted by Debra Courtney at 8:00 AM

Hey!! We LOVE hearing from our readers and fellow Church Chicks! Please leave a comment to let us know you stopped by! 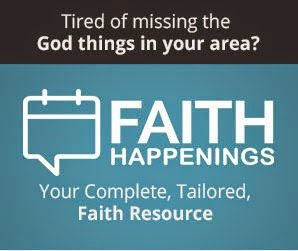 Gracewear Collection - Portion of Purchase is Given to C4C

Be Shielded with the Full Armor of God! Shop Now!

What IS Church 4 Chicks anyways?

Church 4 Chicks is a non-profit ministry that exists to help women live with purpose...and without the pressure!! C4C provides events, resources, and online communities (like our blog!) where women of all ages and from all walks of life can come together to enjoy authentic worship, teaching, and relationships. Check out www.church4chicks.com for all the 411!

Some of C4C's Favorite Sites!